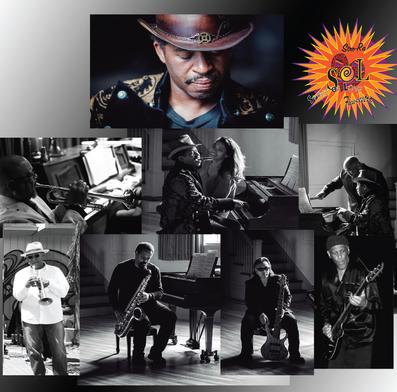 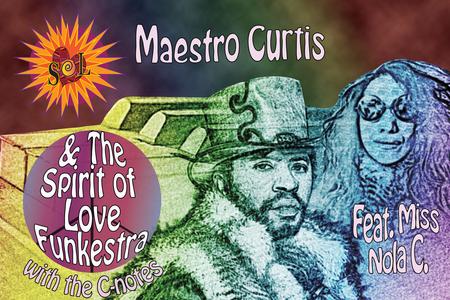 Maestro Curtis, a.k.a. Stro-Ra, is a seasoned musician, pianist, vocalist, composer, producer, arranger, multi-instrumentalist and best-selling author, professor, all things music, the mastermind behind this motley crew of musicians, has compiled the best musical talent the San Francisco/Bay Area has to offer to create the S.O.L. (Spirit of Love) Jazz Funkestra.  Their mission, to celebrate the San Francisco/Bay Area Sound from artists like Sly & the Family Stone, Jefferson Airplane, and Tower of Power, artists that inspired the world to get funky.

The S.O.L. rhythm section is made up of legendary Bay Area musicians such as, Neil Stallings, born in San Francisco, guitarist extraordinaire has shared the stage with King Floyd, The Four Tops, Albert Collins, Big Mama Thornton, Sly Stone and The Platters.  A man of few words, Neil lets his guitar do the talking and what a language it speaks. Neil has opened for great artists such as; War, Funkadelic, Johnny Winter, B.B. King, Jimmy Reed, Tower of Power, The Chambers Brothers, Mandrill and Freddy King.  Neil is also an experienced vocalist, delivering each song with a rich, soulful interpretation and is a very dynamic and physical performer.  He has toured the U.S. and Overseas.

Phil Organo, one of the funkiest, laid back, talented, busiest bass players because he's in such high demand around the city, the greater Bay Area, even in the state! S.O.L. is blessed to

The S.O.L. (Spirit of Love) Horn section is headed by none other than multi-instrumentalist, composer, arranger, producer, and professor, Larry Douglas who has ruled as one of San Francisco's top trumpet/flugelhorn players for more than three decades. In addition to leading his own electro-acoustic group, the Larry Douglas Alltet, Douglas has worked with such stellar musicians as Freddie Hubbard, Chuck Berry, Albert Collins, Sun Ra and Rufus and Carla Thomas. As a member of Johnny Otis and His Orchestra, his playing was featured on four albums including the Grammy-nominated Spirit Of The Black Territory Bands.

The Funkestra packs a heavy handed punch of funk, skill and entertainment, with Maestro’s wife, Nola Curtis, out front on vocals, their musical act has been deemed as one of the greatest “variety show” acts in San Francisco, due to the dancing, singing, along with the skilled and funky musicianship of the seasoned artists on stage that keep their audiences toes’ tapping and rumps shaking.