~ Maestro and his wife, Nola's Older Adult Choir featured by the Associated Press

Photo on top of page: by ChrissyLynn Photography

Maestro is a man who has lived many lives, with years served in the military, years in law enforcement, two black belts, one in Shotokan Combat and the other in Mixed Martial Arts, attending and graduating from an historic black institution, Grambling State University, on a music and sports scholarship where he was a member of the world famous Grambling Tigers marching band and Jazz orchestra and scoring music for film and theatre productions, a thespian and a member of the Phi Mu Alpha Sinfonia fraternity. As quiet as he likes to keep it, he truly is an all-round entertainer, an artist with the ability to skillfully play any instrument that is put in front of him, sing in and out of any genre from classical to jazz, blues, funk, RnB and gospel with seamless ease, would rather remain behind the scenes as a mystical musical svengali. 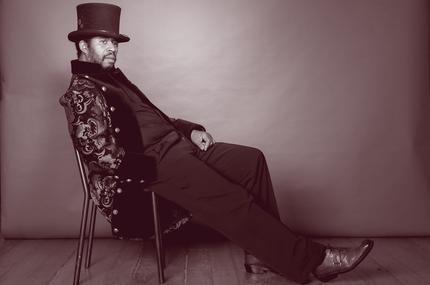 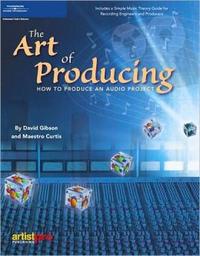 Maestro co-authored with David Gibson, the best-selling Industry Bible, The Art of Producing. 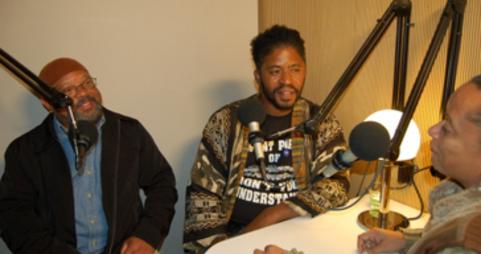 ~ Maestro was the youngest piano player to tour with the Count Basie Orchestra, under the direction of Dr. Frank Foster, while he was a college student at the historic black institution, Grambling State University.

~ During his undergrad and graduate studies at Grambling, Maestro was the piano player for the Duke Ellington Orchestra.

~ In 2000, Maestro was signed to Earth, Wind, & Fire's label, Kalimba Records, during that time Maurice White,

the founder of EWF and lead singer, announced Maestro as his protege and was the Executive Producer of, Maestro's jazz band, Xpression, their Grammy nominated debut album, Power.

SF Links talks about Jazz as inspiration and healing art form with Maestro Curtis – (Stro-Ra) known for his musical versatility and voracity, with the ability to play any instrument, but most notably his piano and guitar playing, singing, composition and arrangement. Joining the conversation is Larry Douglas (Larry Douglas Alltet) with a tone that the dean of American jazz critics, Leonard Feather, described as “velvety and silky,” Larry Douglas has ruled as one of San Francisco’s top trumpet/flugelhorn players for more than three decades.

​Maestro is proud to be a part of the faculty at the Community Music Center, the oldest music institution in San Francisco.

Below is a link describing the new course Maestro has introduced, The Roots of Black American Music, the article was published by CMC and it was entitled,